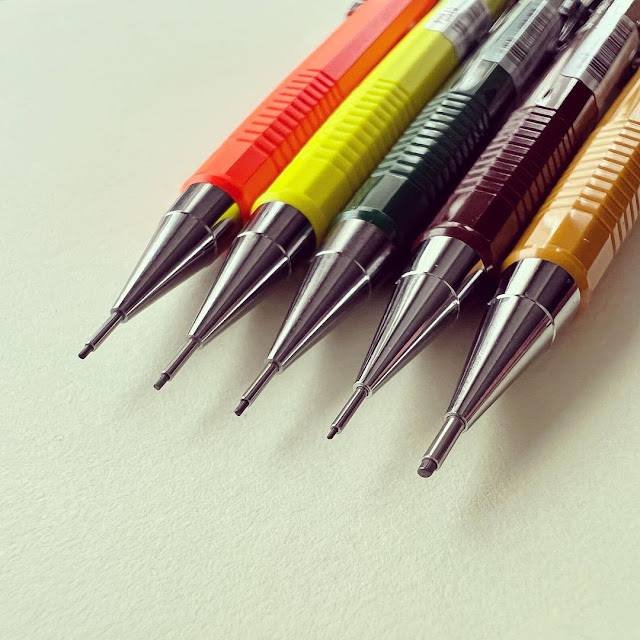 Unintentionally I've ended up with a few Pentel mechanical pencils. I'm not a collector and this is not a collection (!) They are the expression of simplicity, reliability and great design. I'm not discovering anything new. On top of that they are light which make them perfect for travels.
I've never used 0.9 before and I thought it was too much, but I see it has some nice uses as well. 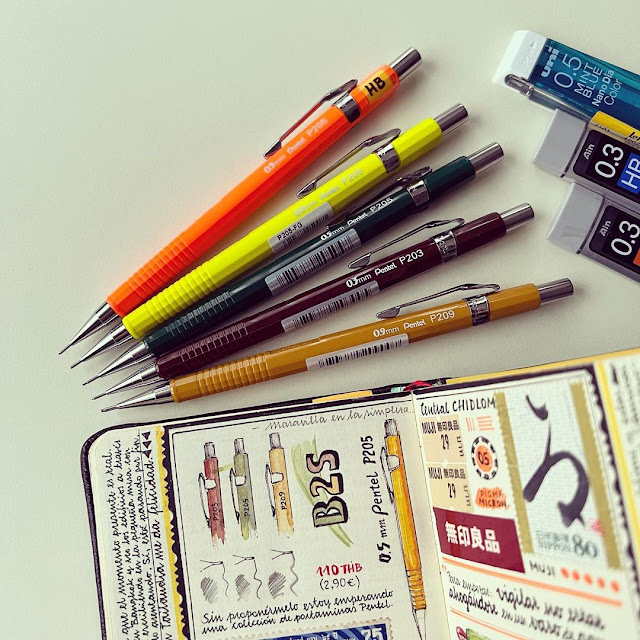 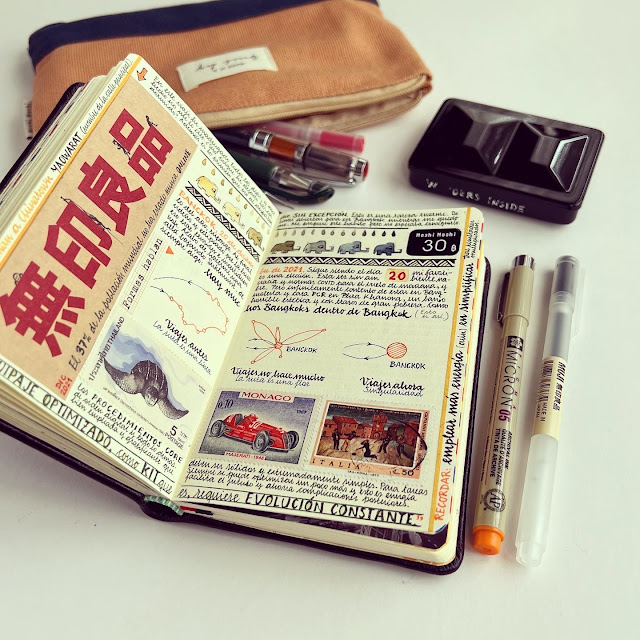 For some reason I like the feeling in this page. It shows how my travel route has evolved in recent years: From a line to an orchid shape, ending up in a dot point. Usually that dot is Bangkok. Its magnetic filed attracted me over and over and I'm happy it happens.
After a few months using Muji black pen for main text I can say it's the best ink for a gel pen I've found.
Publicado por Naranja No comments: 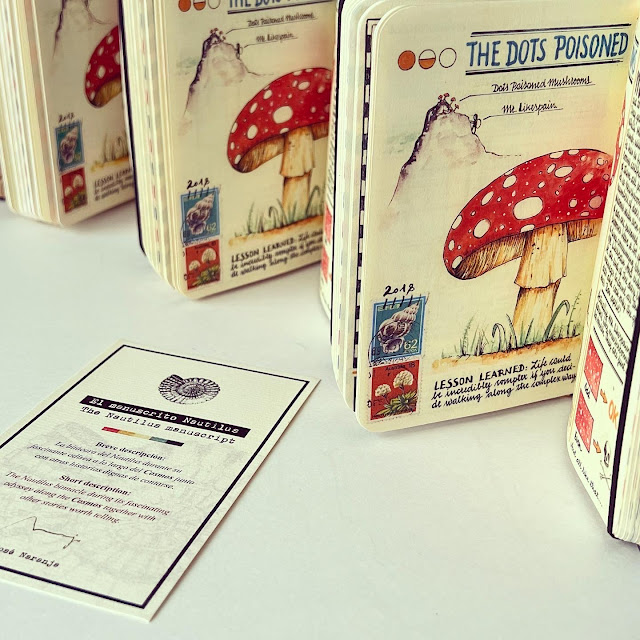 Today I was organising things and I had in my hands the prototypes used for Nautilus manuscript.

They always mesmerise me. Each one is an iteration in a search for perfection. Each label is something to be corrected.

Oh, perfection… It can’t be reached in a handmade product, I know that. But I improved each version, polishing every detail as far as I can. Also I have to say I enjoyed the process a lot. They are my babies. Well, people produce babies in one attempt, no iterations. Maybe that’s the reason for so many unfinished people walking by there. 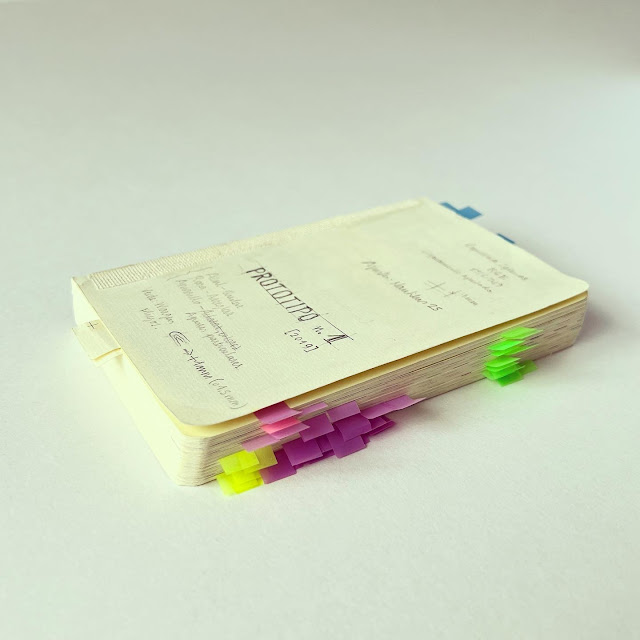 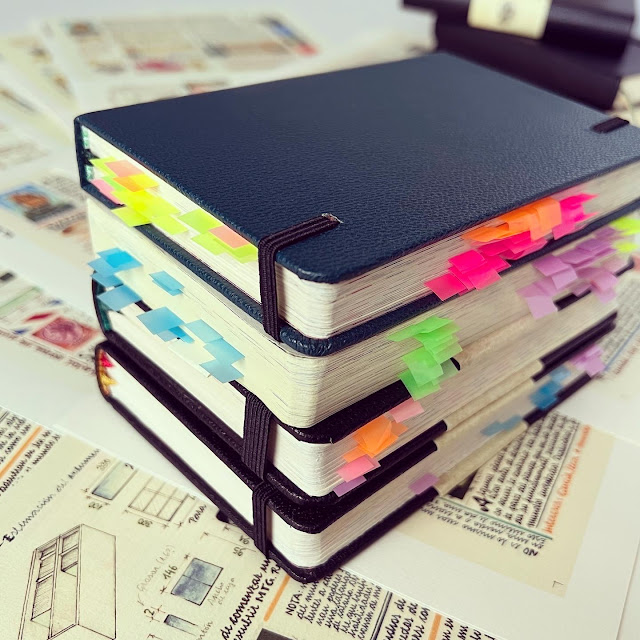 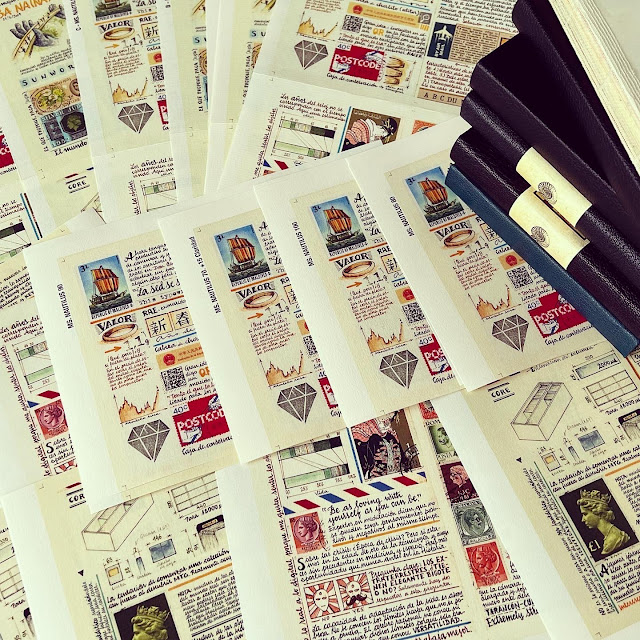 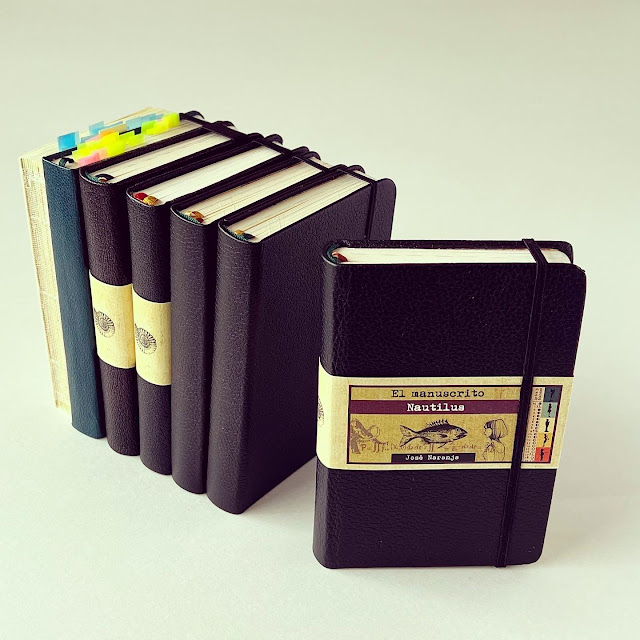 5 advantages of training a crocodile 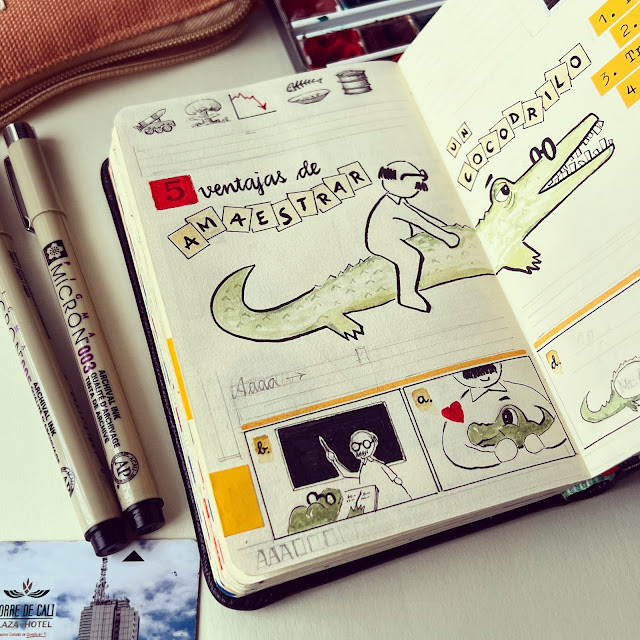 Mr. μ had been always a normal man, normal behaviour, TV, etc. The full pack. And despite that one day he had a brilliant idea. With the current scenario of crisis, shortage, conflicts, petrol price and uncertainty he decided to take serious actions: He trained a crocodile.

Mr. μ was so passionated with the crocodile’s education he even teach it to read. And it was his doom. One normal Thursday the crocodile found Mr. μ's documents and plan. Crocodile didn’t like point number 5 at all. “Ah, nononoo”. The crocodile ate Mr. μ and bye bye Mr. μ.

So… now we have a killer crocodile free in the streets, with rewind skills. 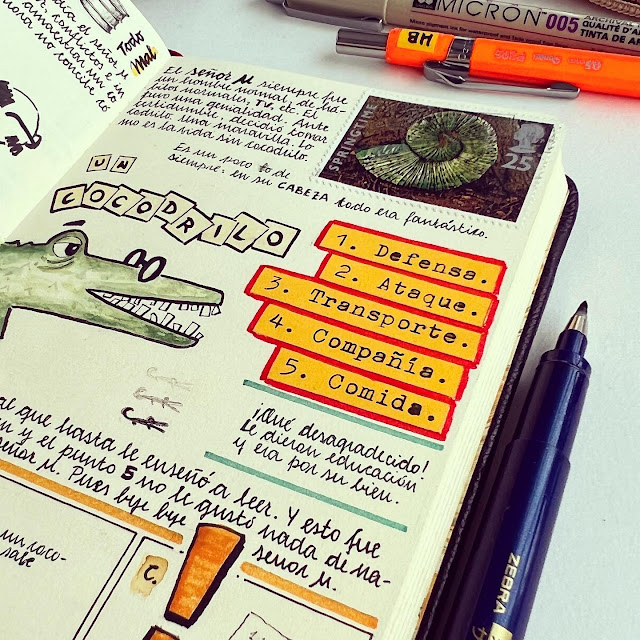 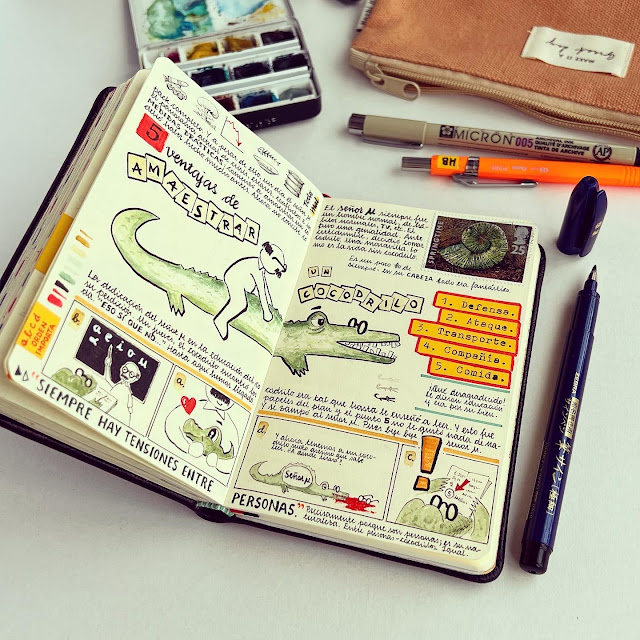 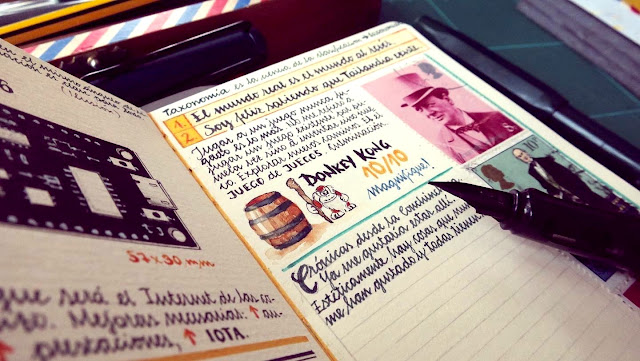 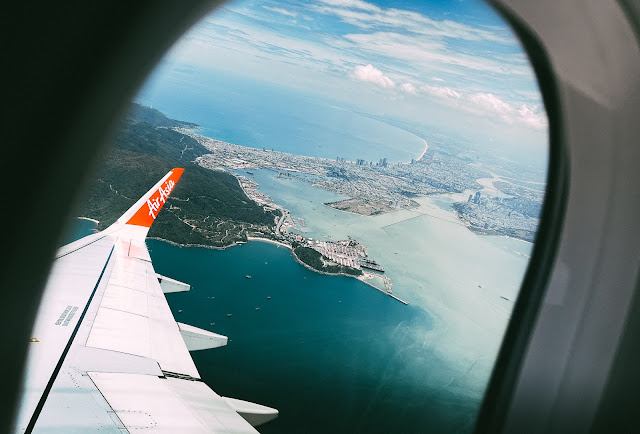 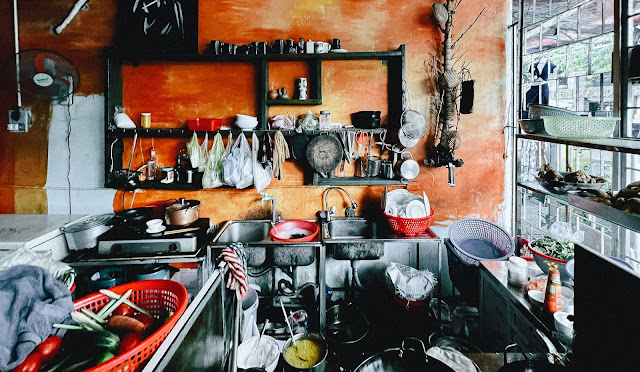