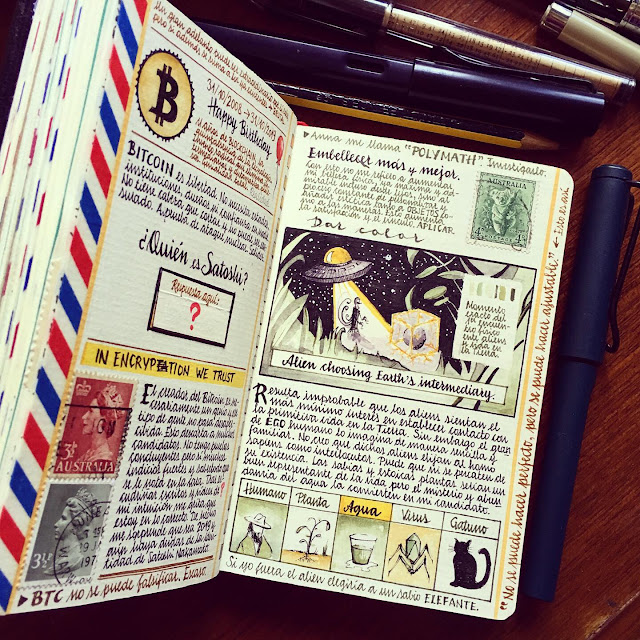 Aliens are unlike to feel a minimum of interest on visiting Earth. However the HUGE ego of humans drives them to think it’s possible and they even imagine a familiar/domestic scene for that milestone.

OK, let’s imagine that for fun and also let’s add elegant moustache to the aliens. What do aliens would choose as a mediator or representative of Earth? Humans? Oh, aliens probably don’t even see or feel them. Plants? More probable. Virus? Cats? Water? I think water is a good answer. Maybe I was always too influenced by Solaris and the old school Sci-fi. It’s everywhere and it shows weird properties. Maybe it has developed some kind of awareness.

If I were alien I’d choose a wise elephant as a mediator. 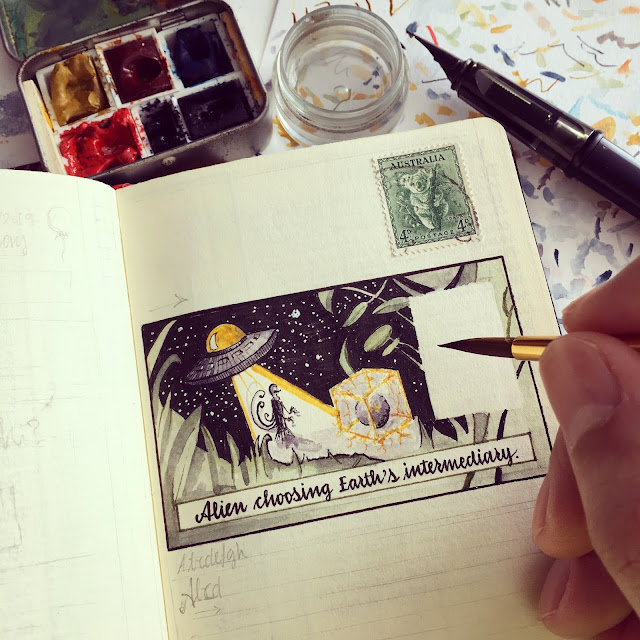 And here is the exact moment when a (moustache) alien arrives on Earth and choose an intermediary being to communicate. For some reason aliens shut down 4G and all electronics so our hidden reporter had to paint this little watercolor from memory. Let’s see what more he tells us about that event. 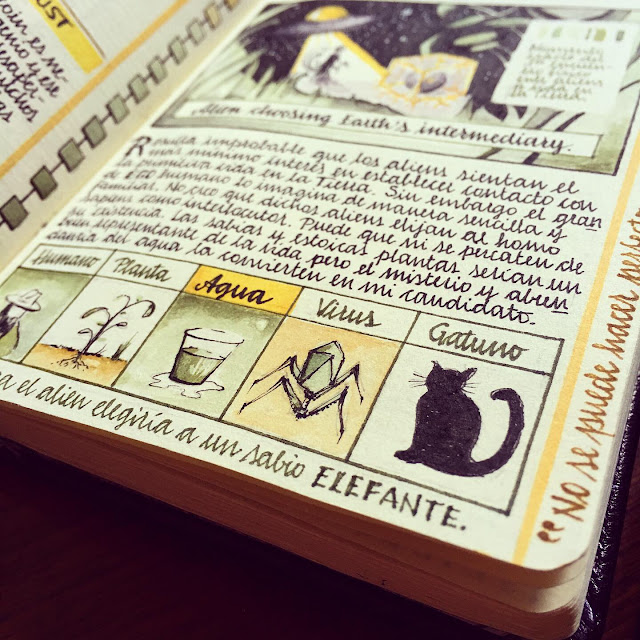 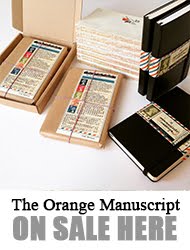