About the notebook evolution 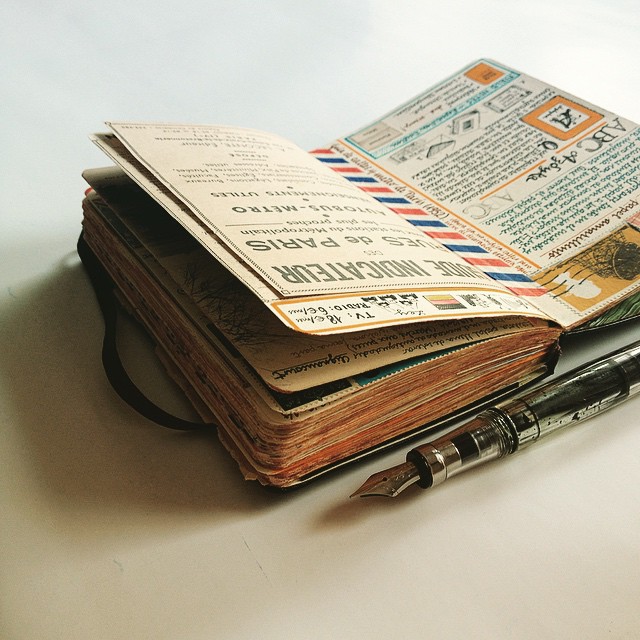 When I started to write on board of Transiberian Train the handwriting became horrible because of the train moves. I decided to stop. I was naive and my mistakes were the typical from a beginner. The evolution in the art of notebooking was teaching me step by step and at the right time every small detail which does a notebook worth. In those days missed the not straight lines kept the train essence itself and also I didn´t know the reality was the key to transfer the feeling of Transiberian experiences, in live and with fresh emotions. Since my first explorations abroad I was doing travel journals. A huge change happened when I got a book from the public library named “Travel Notebooks”. Among the authors in that book one of them kept my eye: Peter Beard. His aesthetic and obsession about notebooks showed me the way to another level and I understood the art of notebooking was an entire area to be mastered. One month later, in Summer 2007, I started a round the world trip for 9 months, my first travel using Moleskine. I had already used a couple of them in the previous months as private notes and agenda.  One thing was clear for me: It was the perfect container to store information and document a travel. Another mistake: Keeping different notebooks. I learnt later the notebook should be only one, wider than just a commonplatebook and it should be able to eat everything. A life notebook, a total notebook.

All was growing very fast and each notebook was much better than the previous one. That encouraged me to push ahead. I also learnt to improve every tiny detail from the calligraphy of letter “r”  to the final shape in the block of pages. I discovered new inks and verge paper, a milestone. Unlimited hours in my studio located in Donauwörth during Winter helped to the obsessive develop in the first Moleskine bound by myself with high quality paper. Since then I used Moleskine only for the covers. Ten years after the first Moleskine I did my own leather covers too and the notebook was 100% homemade, mandatory in order to establish a direct connection with them. The notebooks became more and more personal and also mystical. The possibilities were multiplied. Sometimes I felt admiration by Leonardo work, also about Codex Seraphinianus. If I tried to get some ideas from them, suddenly that new stuff was diluted into the aesthetic of my pages like a drop in a river. I had create my own style. Notebooks had been my teachers and they guided my along a new way. I was following that way filling the pages with extreme care and passion, more or less one notebook per year.

The pages accumulate ideas, experiences, hilarious inventions and any kind of notes. However one day someone asked me while holding one of my notebooks in his hands: “But, what´s the utility of this?”  I was not able to reply. Time later I thought if people use to buy cooking books because of their utility and among my pages there is a recipe to prepare beans, I could conclude my notebooks are useful, no doubt about it.
Publicado por Naranja 5 comments: 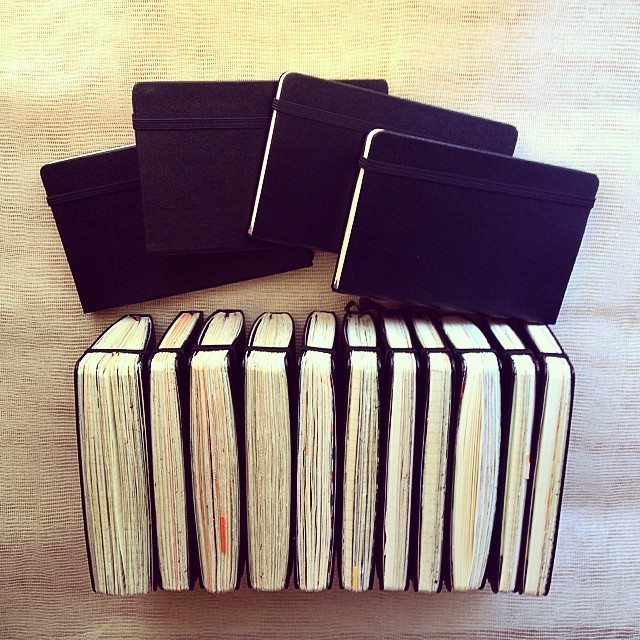 It uses to take me about one year to fill each notebook. Now I feel the need to find a good name for them.
Publicado por Naranja No comments:

You don’t need to be a professional in bookbinding to make a great quality notebook.

Maybe the first test doesn’t reach a perfect result but you will be surprised how easy the improvement goes and how fast the mistakes are solved. After two or three notebooks done there is not room for bad quality. Excellence is the goal, not perfection. Perfection is impossible and it’s not welcome in a handmade artwork.

The  notebook made by yourself offers a higher level of satisfaction than any other. You add the passion and love for it, your favorite paper and details. You add a part of yourself in it. Unfortunately it’s not possible get that from the shops, where an industrial notebook is done by a bored worker, probably Chinese or robot, who is paid per hours and produces hundreds of them every day. Your dear and loved notebook is just one more. On top of that the quality standards in the notebooks paper used to be poor nowadays. Endless variety of brands and styles, more than ever, with poor quality. And expensive. Only about 15 sheets of paper are needed to fill a pocket notebook, which is less than 1 EUR even for high quality paper.

Bookbinding is an old technique and there are many methods. I’m showing here how to fill a Moleskine notebook with your favorite paper, that’s what I use in my last notebooks and was a clear milestone in my journals evolution. You can also make the cover in real leather, which is even easier. I will show that in a separated post. 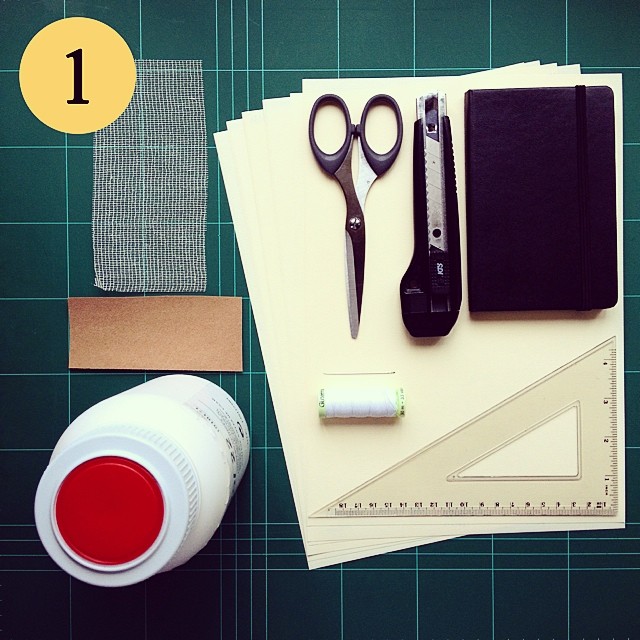 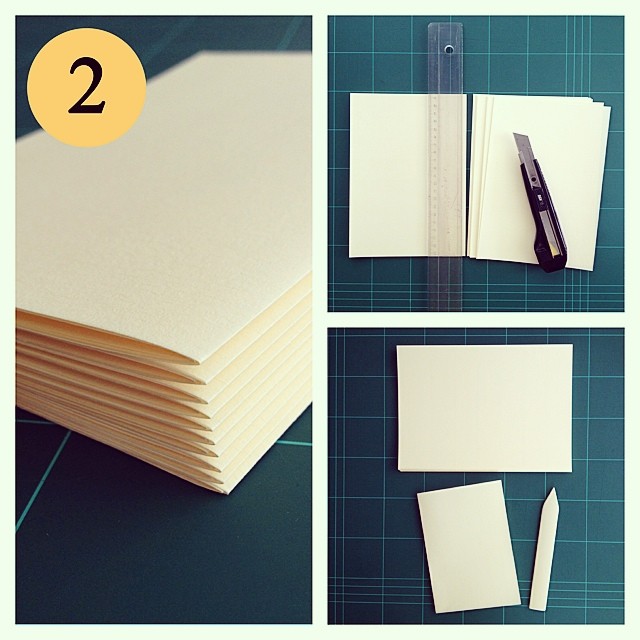 2.) Folding the sheets. Cut the A4 sheets in A5 size. Only 15 sheets A4 from 100g/m2 paper are enough for a Moleskine pocket. Fold them and make groups of 3 sheets each. Press them properly. 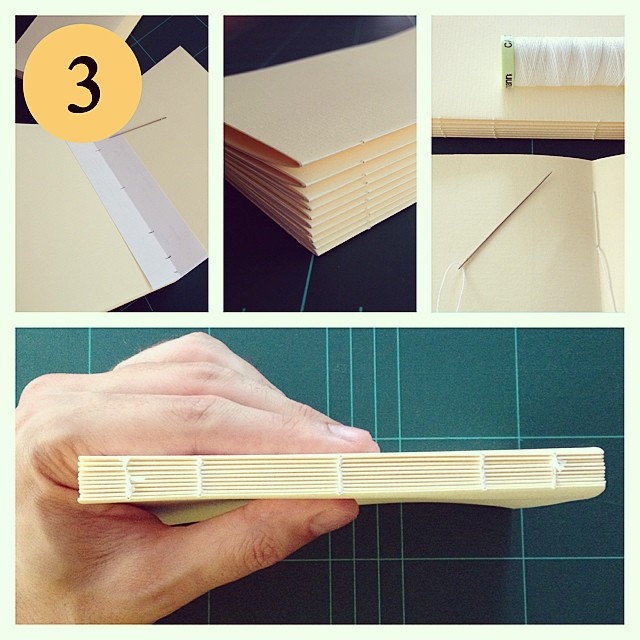 3.) Binding. Perform 5 holes with a needle and a template. Sew applying the method you like.

The easy method I apply will be explained in a next post. 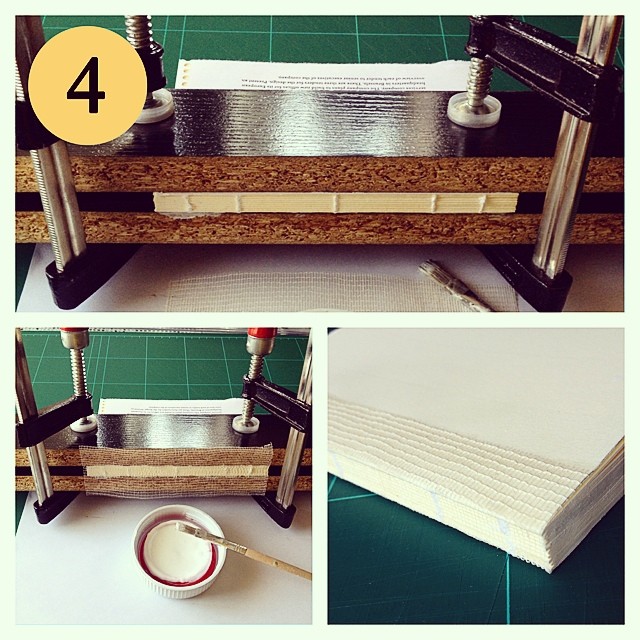 4.) Paste the stack. Press the sheets in order to apply glue only on the edges. Set the cotton fabric and apply more glue. Release the stack and paste the wings of the fabrics to the paper. This will avoid tiny clearances between the sewn sheets.

Keep the stack under weight for a time while become dry to keep the paper full flat. 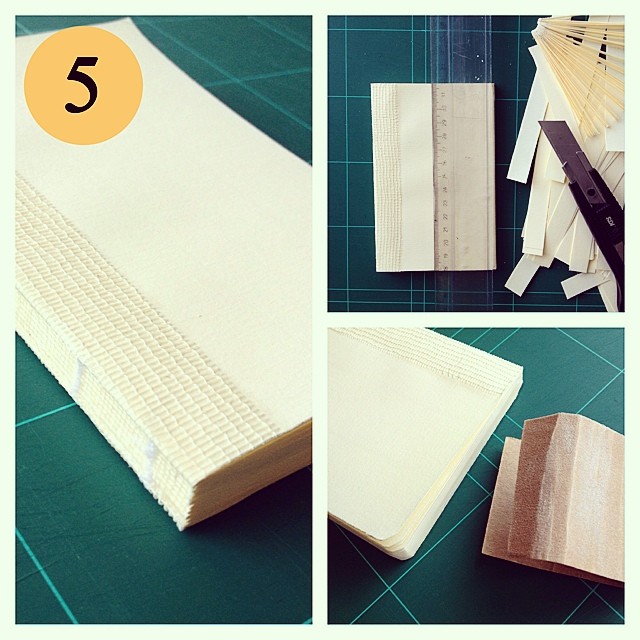 5.) Cutting the paper. Cut the edge of the stack to fix into Moleskine dimensions. Use the sandpaper to shape the corners. 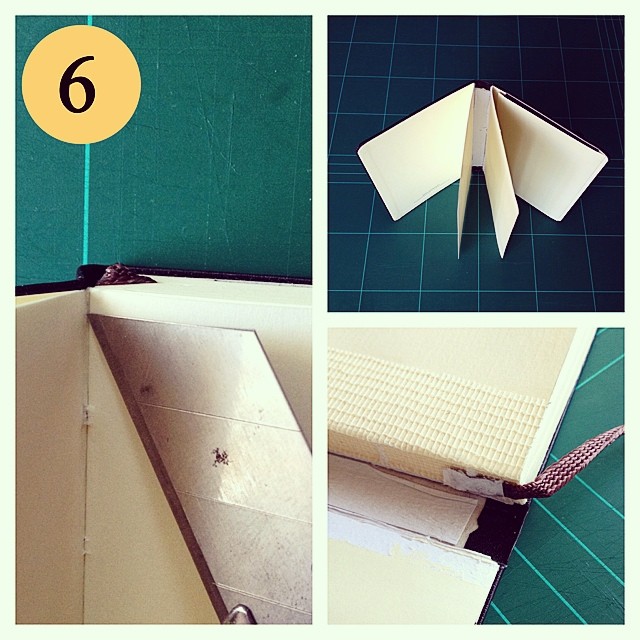 6.) Remove the paper. Kill the Moleskine. Do not suffer or produce too much tears. Cut the paper from the second pasted pages (front and rear part of the notebook). Reuse the register tape and glue it in the new paper. 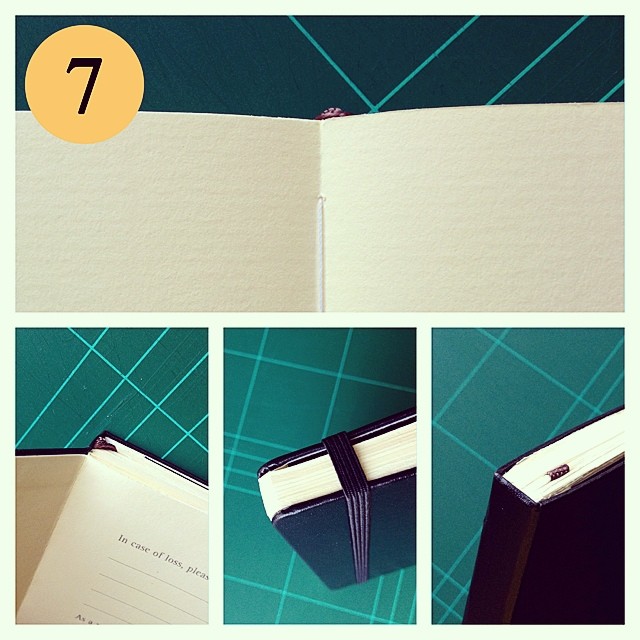 7.) Insert the new paper. Paste the stack made with the new paper into the cover. Apply glue only on a small area of the external sheets, not in the edge.

Voilá! New notebook is ready for all kind of inks. 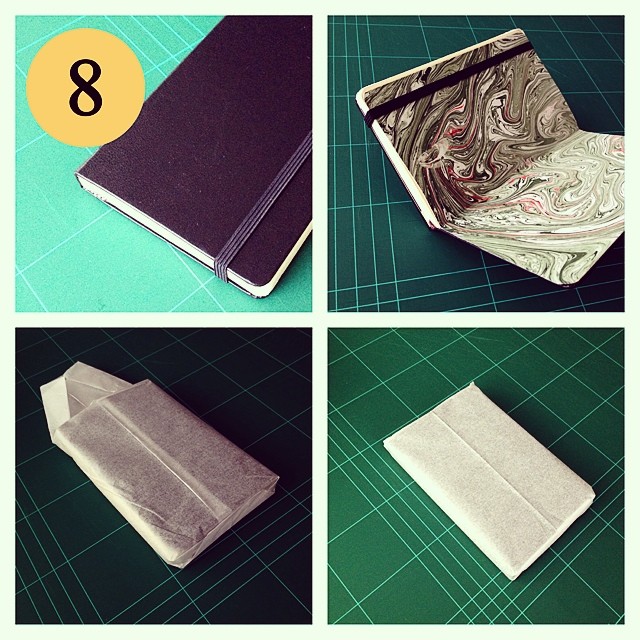 8.) Extra. When the notebook is complete is good idea to add a few more details like a stylish paper in the first pages or an acid-free tissue paper pocket for better conservation when being stored.
Publicado por Naranja 16 comments: