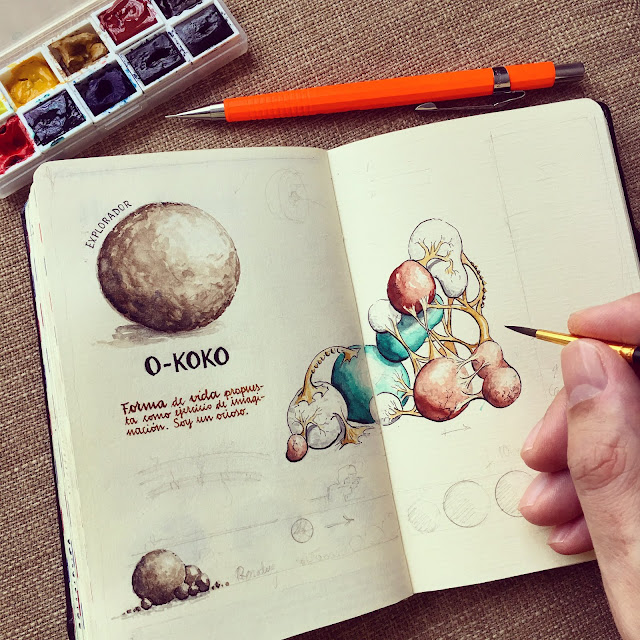 In year 2040 a new living being was found in Sponde, one of the Jupiter's satellites. Actually they where seen much earlier but they were cataloged as rocks by mistake. Now rename as O-KOKO.

First observations showed a group of spheres in a range of sizes. Diameters vary from a few millimeters to 70 cm. Another colony of these spheres was found in the same satellite, this time under the surface. There were not signs of activity in any of them while been observed during 2 years.

A probe launched in 2042 compiled a valuable quantity of information about O-KOKO. Their composition is organic and they are alive. Outer layer is a hard shell with pores all covered with tiny tentacles. Inside they have a core are full of organs. One of several cells provide huge quantity or atomic energy from inside.

"Day 22. There were plenty of them around me. All was quiet but I could feel something in the atmosphere, a presence. One of the O-KOKO, a little one same as a coconut, started to roll. Some of them followed it. They all woke up suddenly and ran away. Due to my elasticity and my extensible implanted arm I was able to capture one O-KOKO and bring it to Earth for examination.

The rest of the day I played M-Chess with nurse Com-Ga and we had sexual interaction after that."

Result of the experiments:
This set up brings discussions in many fields as Philosophy, Biology or Robotic. They follow the principle of small bots, working together, able to replicate by themselves and each one with basic task, which is a known powerful way to achieve huge challenges. They are designed to explore and send reports.

Even when they are intelligence beings they are used as tools. This always opens the door to an eventually self conscience and rebellion. No matter how tough and strict the computer program (or equivalent code running inside) one day they will think by themselves. That was a classic way of thinking of humans during XX century and before but it ended up being not true. Even cyborgs and early AI inherited that thinking from humans.

The reality is O-KOKO have not moral or any other feelings analog to humans. They are just a running code. They do their assigned task as best as they can.

Time later more O-KOKO were found in most of the planets in Solar System. Size and color change but they belong to the same family. 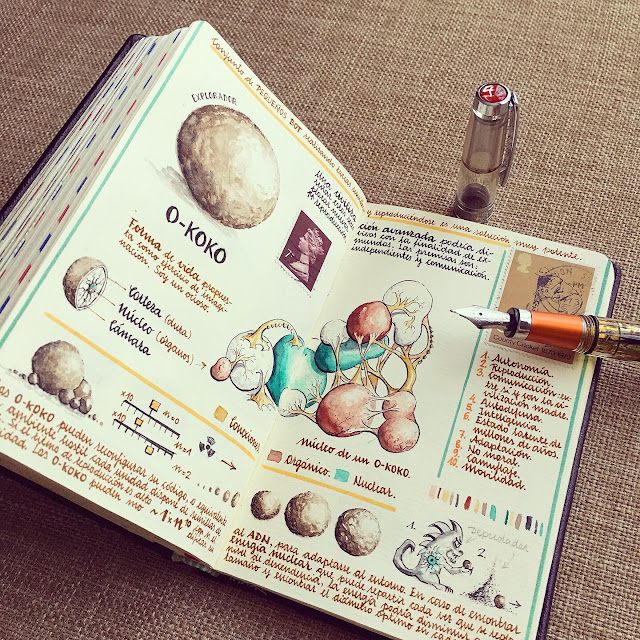 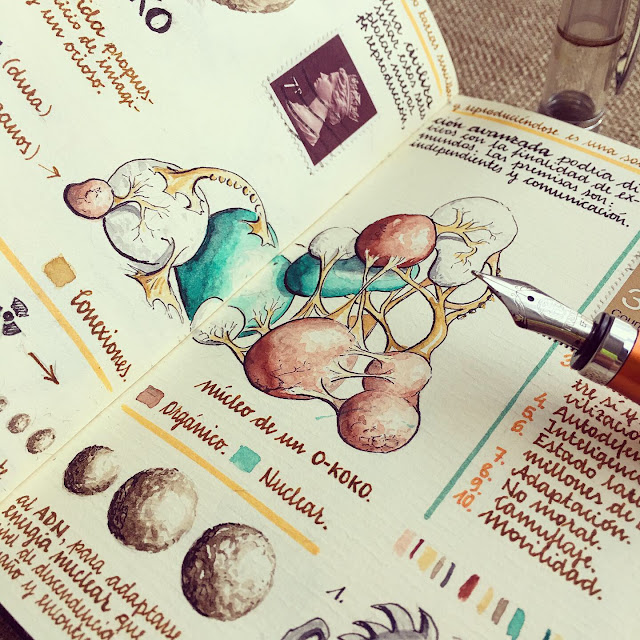 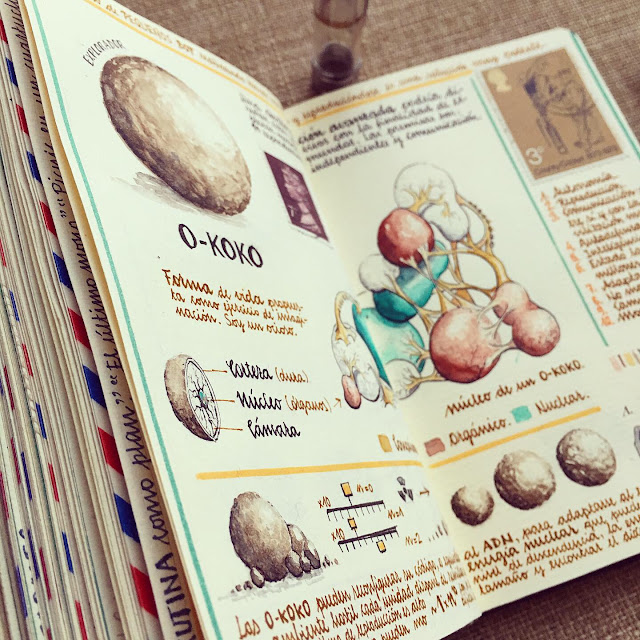 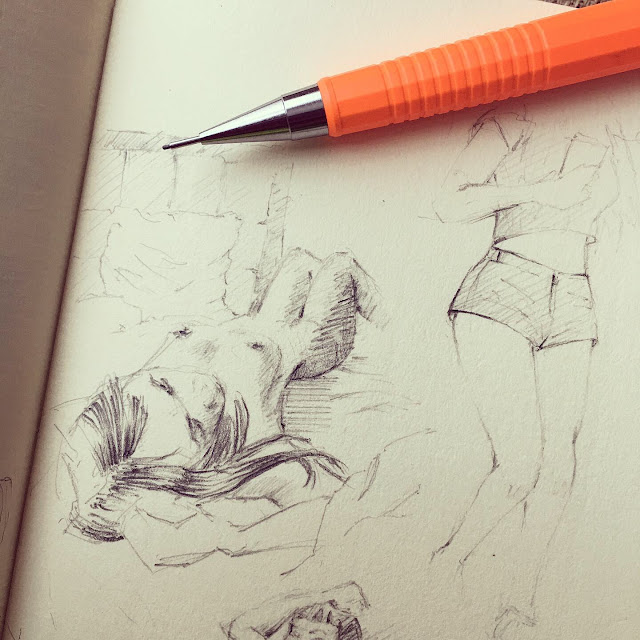 Often the Cosmos creates beauty shapes. Today I draw some of them. 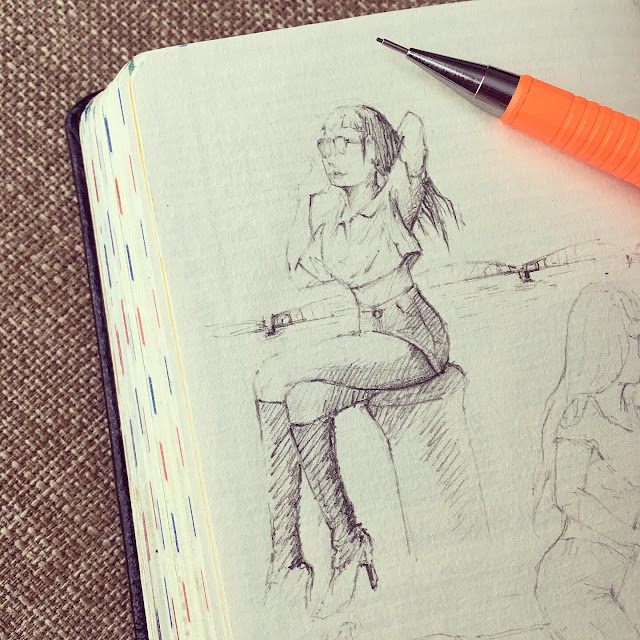 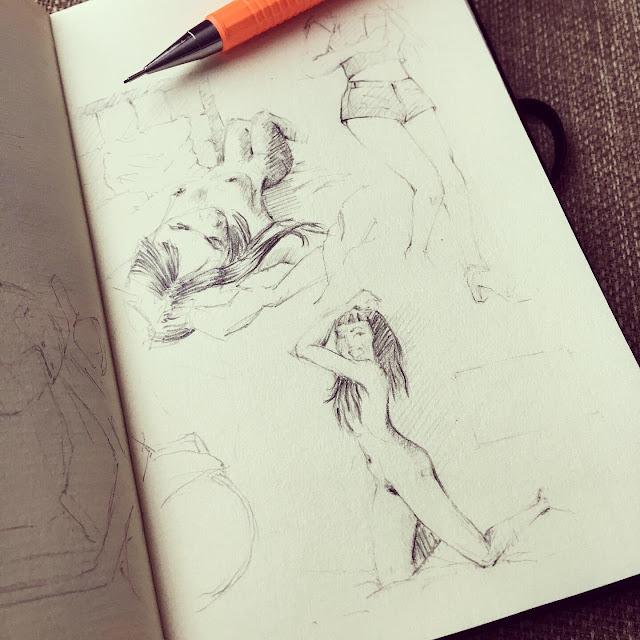