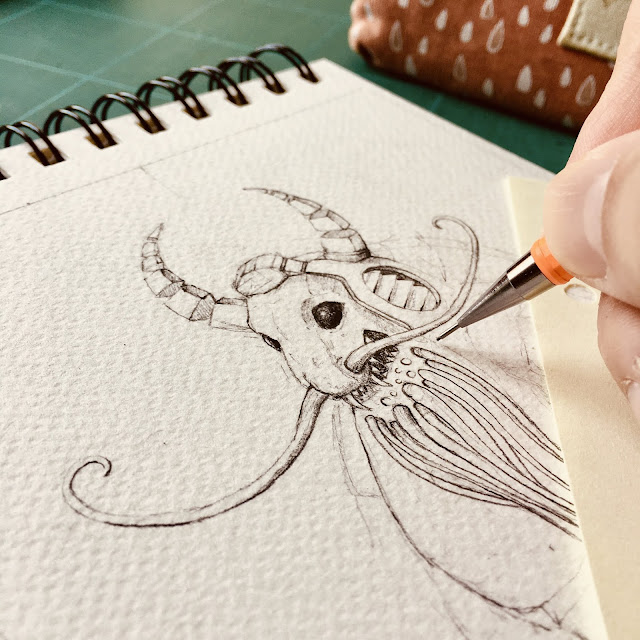 Eventually humans will discover they live in a simulation.
The scientist proof of that will come later. First the creator of such simulation will appear in different ways. For example through dreams. Of course humans are far to understand even a part of its complexity. They are just primates with a brain in the first stages of development. However they can feel and they will perceive the creator existence translated into forms they know: animals, familiar shapes, etc.
Same as an artist leaves a part of himself in his artwork, the creator leaves its signature in its creation.
In the last years several people without connection between each other had the same dream. They describe the same kind of being. Someone took the time to draw it. A mock-up of that is the following image: 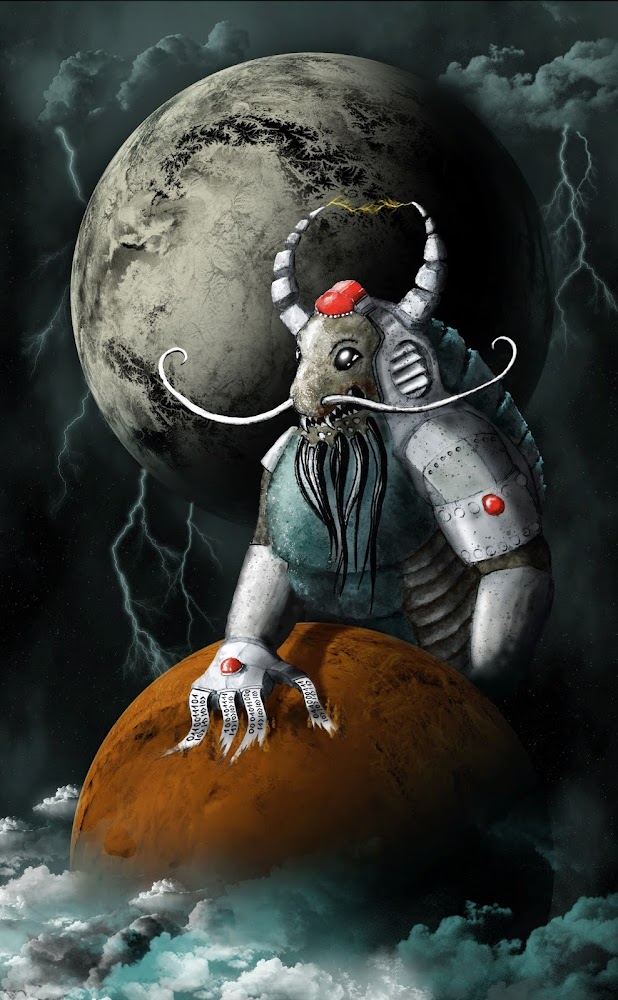 Named as Omnispero, it could be the bridge between the reality and our simulated existence. He has the power to imagine and create. We are its creation and that's our reality. 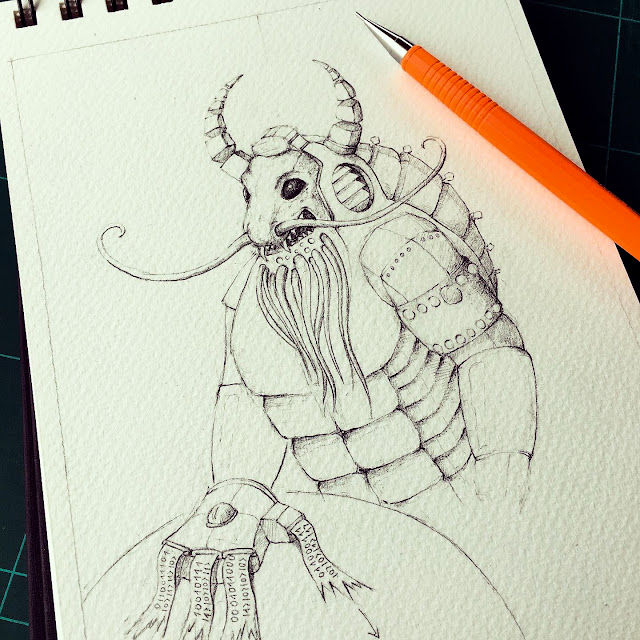 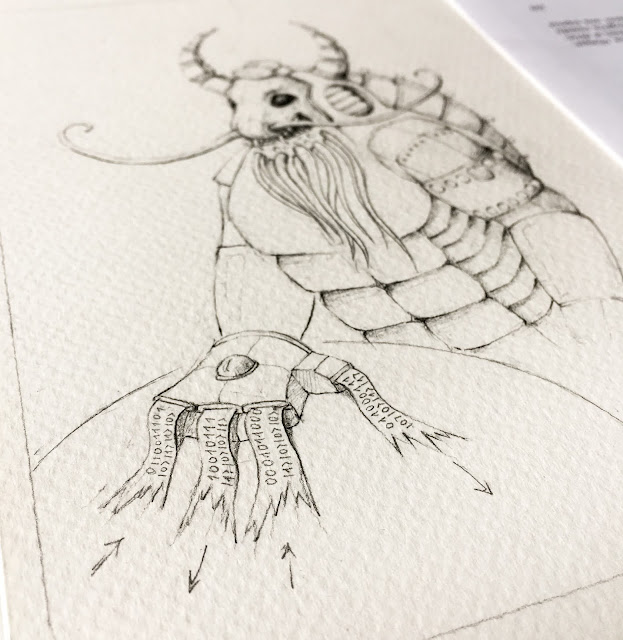 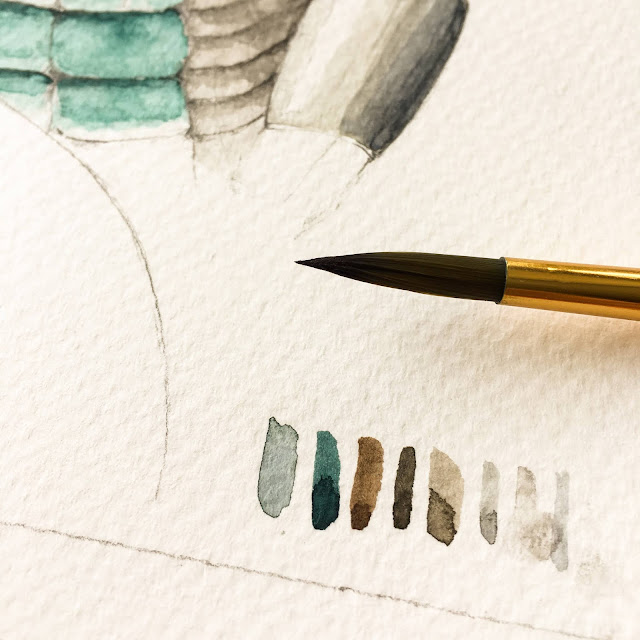 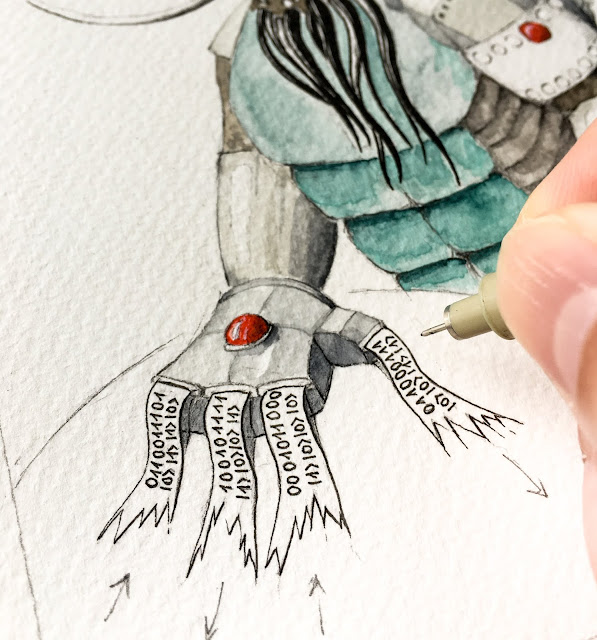 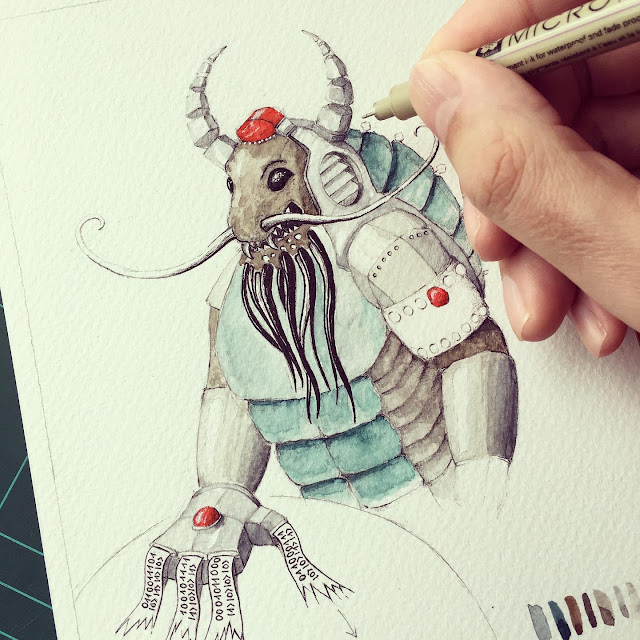 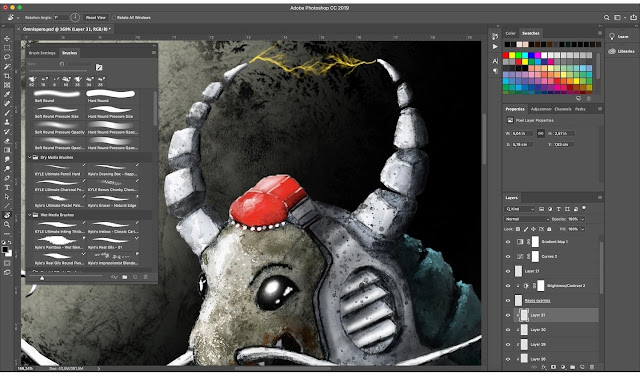 Below the first and second version of Omnispero. 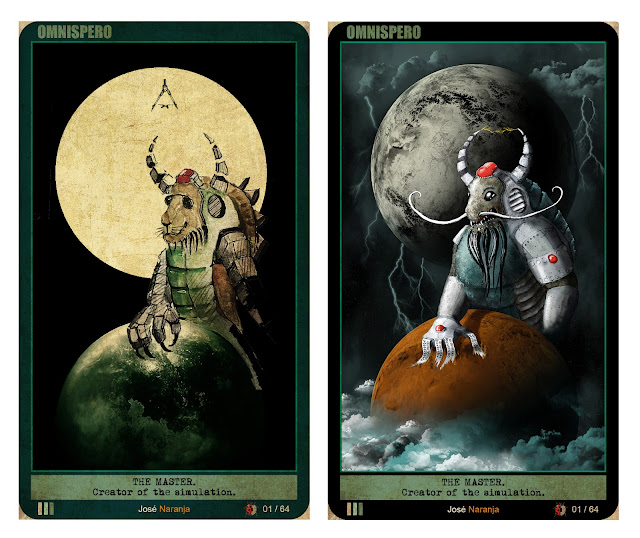 Once the idea is there, ingenious scientist found the way to rigorously demonstrate in fact we live in a simulation.
But that belong to another card and story. I just tell in advance the paradox: Advanced civilizations could develop the ability to create simulations. Humans do it now in basic and limited video games. Later they will do it better and faster. Thousands of simulations running in each computer, each one with its own beings. That means the number of simulations is far, far higher than the number of "real" worlds.
2050, The Last Days of Mankind.
Publicado por Naranja No comments:

Ex-Libris is finaly real and in use 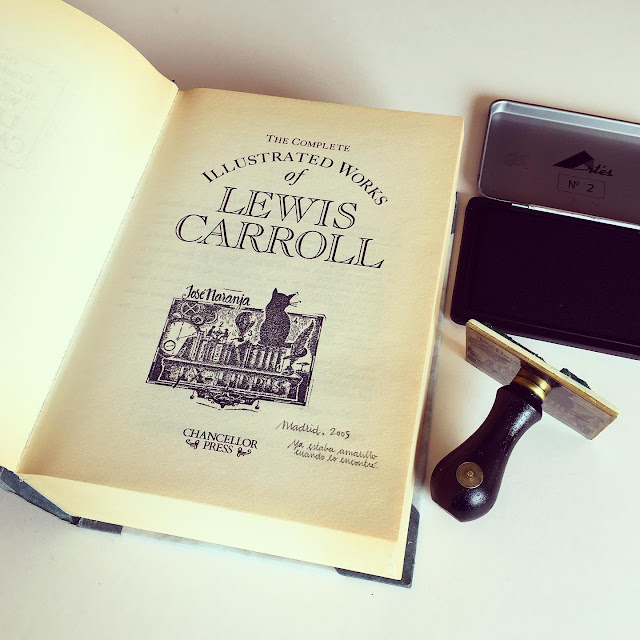 Long time since I designed my own Ex-Libris. Process can be seen here.
Then I did a simulation using Photoshop to see how it could look like. Now I use the same book and somehow this little project is close. Very happy with the result!
Publicado por Naranja 1 comment: 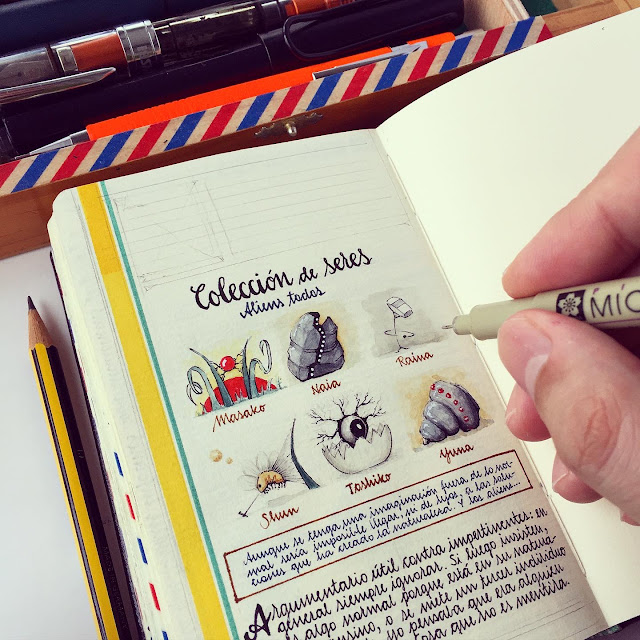 Creating new beings in one of the best superpowers. Just a pen, paper and imagination needed.
I want to believe they exist in a real planet somewhere. An expedition found these fantasy creations and they are trying to find out how they work. 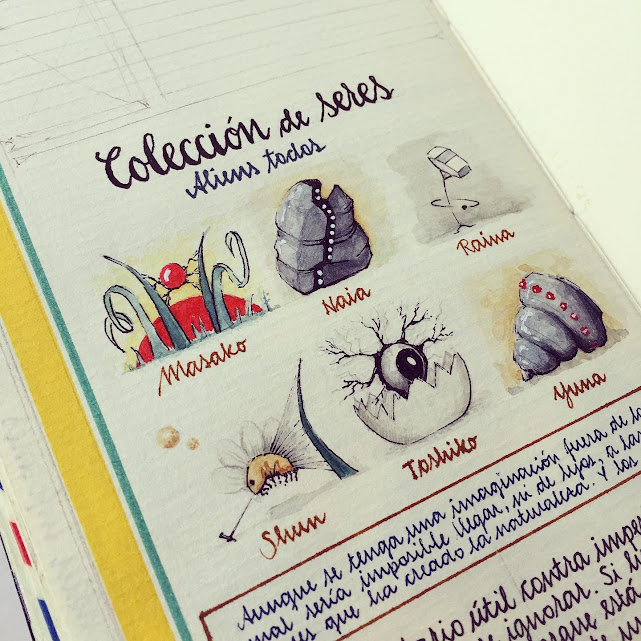