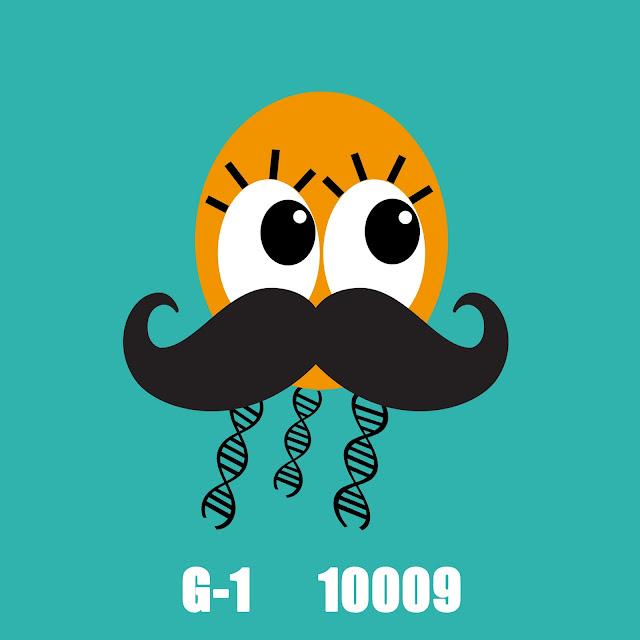 I found a seed. A seed with eyes which provides smiles, love, mystery and high skills for reproduction and propagation. Evolution started and the seed became a jellyfish or something similar. It is still evolving and let's see where we go. 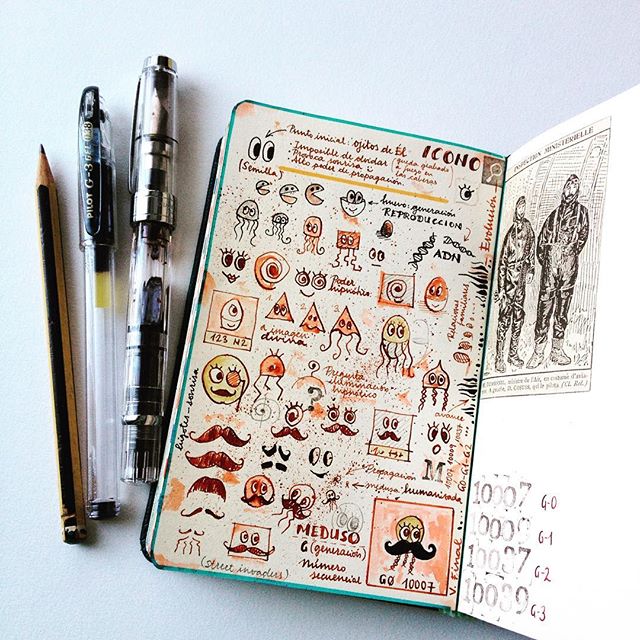 Matryoshka family (and some notebook secrets) 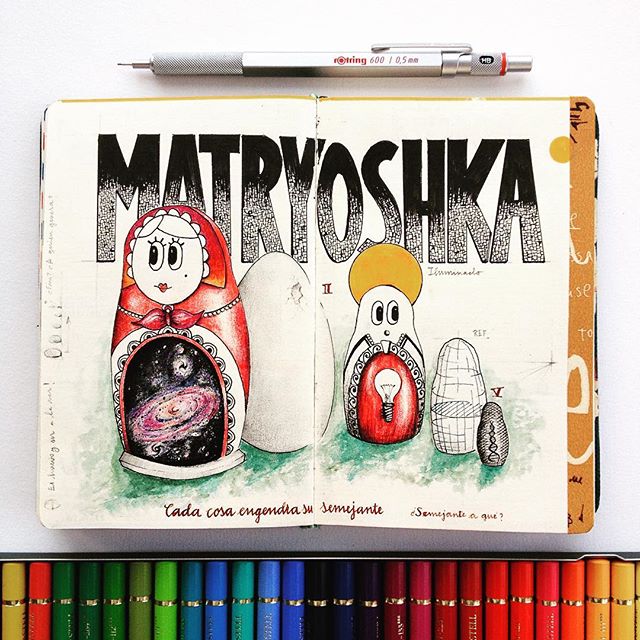 Apparently the huge quantity of Matryoshkas dolls in the shops of St. Petersburg look just souvenirs for decoration. Most of them beautiful ones. Some even an artwork, for example these detailed and handmade I found and I couldn't resist to buy: 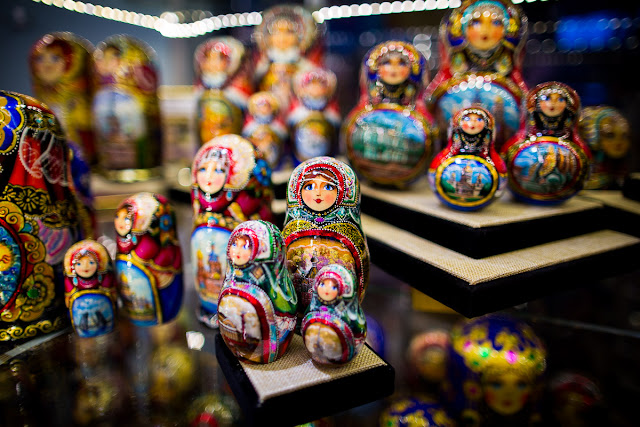 "When they are five dolls is the best case, they are like a family." That detail was the trigger to a never ending thinking. I know myself and I was sure there was a long path to explore about this idea. Matryoshka means mother in Russian language and it looks quite obvious the representation of a woman and reproduction.

However I always keep in mind one of the axioms in life. Here I write it. Do no forget. It's useful:

"Each thing generates its equal"

A said shown in El Quijote. Valid for everything. A tall woman generates tall children, a chicken generates chickens, a messy man generates messy desk and so on. Obviously the big matryoshka generates a chain of almost identical matryoshkas. That fully matches with my idea. And it does it in a beautiful way!

But why they are the same? Is there any force or code which rules that reproduction? 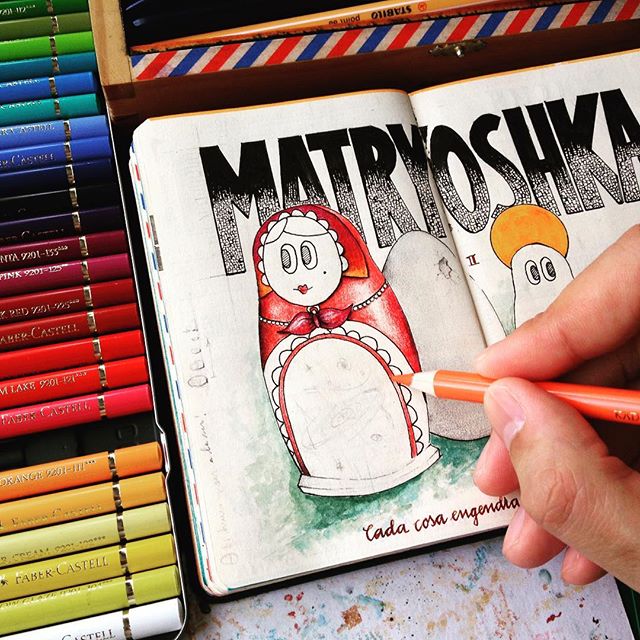 On top of that, matryoshkas open as eggs. Even they have egg shape. Usually oviparous produce eggs, however matryoshkas are eggs themselves. They are beings and eggs at the same time.

So how could be a family (five dolls) be all women, all eggs, broken (from outside) and still being alive? Maybe they are different things together in that weird family. A cultural overview invites us to see a father, mother and three children in that family. Well, cultural ideas also say Pope clothes are elegant or wearing a tie is a serious thing.

First matryoshka, the big one, is the big mother. The creator. She is also the tallest one. But if they are a family that roll should be occupied by the father. In my page I've drawn a suspect woman. Actually he is a man. A transvestite. Anyways, let's call it "creator" (in metaphysics words). It contains everything from the beginning of the times. It also contains the time.

Second matryoshka represents the real mother. She is a real egg. The egg of creation. Number 2 in Tarot shows that: Female learning, accumulating knowledge, capacity of generate and incubating an egg. 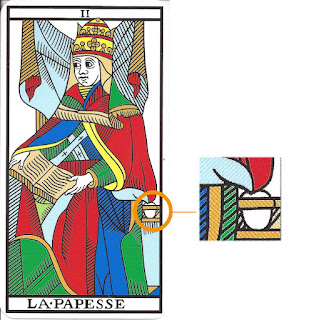 Third matryoshka if the firstborn. The selected one. By coincidence (I can't find another reason), he stays in a special place in this page. Now it's time to tell a secret about my artjournal: Along the pages of my notebook there is a line which travels along some of them like a river. That's a mathematical line and can be seen putting all the pages together only. That magical line links the pages like a thread. Sometimes I highlight the way of that line with orange dots. The head of the third matryoshka is in that exact position so he is being illuminated. Some religions use a circle to represent that.

Fourth matryoshka is the middle son: The reference. I represent that with the changing space-time web and at the same time with something fixed, an absolute reference. In my notebook I use to include a fixed measure in different items. That absolute reference was shown in a previous page: 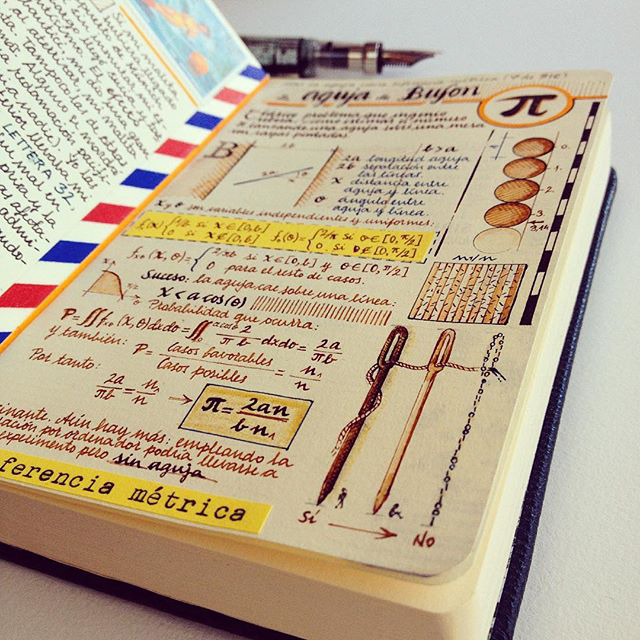 The needle keeps the metrical reference. That measure is not random and comes as the golden ratio of a physical item (not revealed by now). The third matryoshka has the same height.

The fifth matryoshka is the little boy. The last one? He is the most mysterious of all of them. He is not an egg and can't be open. Is he the end of the chain? We don't know because we can't see inside. He is solid. However he keeps something which remains from the beginning. Something inside him is mastering his existence and behavior. That could be a kind of DNA. He has the power to use it and maybe start another chain.

Or maybe start a mutation? An evolution?

I forgot to say the letters "Matryoshka" are made by little mosaics, just a wink to St. Petersburg amazing cathedral. All the inside are mosaic tiles. 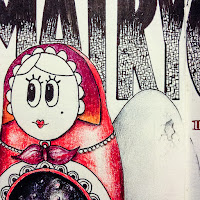 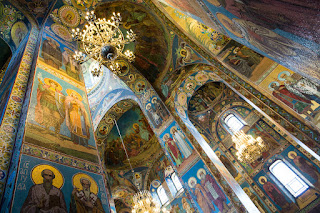 No need to say this game is just for fun. I'm sure more new info will come about this some day. The little one has a lot to say.
Publicado por Naranja No comments:

About the Queen and diamonds

One of my alien friends asked me who are these women who are shown in coins, stamps and in everywhere. 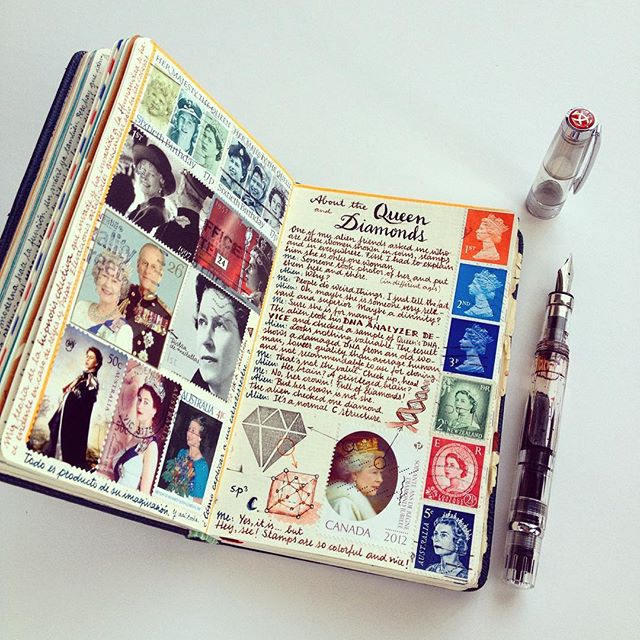 First I had to explain him she is only one woman.

Me: Someone took photos of her in different ages and put them here and there.
My alien friend: Why?
Me: People do weird things all the time. I just tell the fact.
My alien friend: Oh, maybe she is someone very relevant and superior. Maybe a divinity?
Me: Sure she is for many!

My alien friend took his DNA analyzer device and checked a sample of Queen's DNA.

My alien friend: Looks nothing valuable. The result shows a damaged DNA from an old human, lower quality than average and not recommended to use for cloning.
Me: That's not the value. Please check up, in her head.
My alien friend: You mean her brain? Does she has privileged brain?
Me: No, no... Her crown! It's make of gold and full of diamonds. Diamonds!
My alien friend: But her crown is not she. Did she make it?
Me: Actually no... See, diamonds!

My alien friend used another device and checked one of the diamonds.

My alien friend: Well, it's just a normal Carbon structure, quite usual.
Me: Yes... it is.
My alien friend: But then, why...?
Me: Hey, see! The stamps are so colorful and nice!!!


Millet Angelus offers unlimited interpretations. Here is one of them in tiny green watercolor. I will do many more since the details inside this famous painting stimulate the mind in a fast way.
Publicado por Naranja No comments: 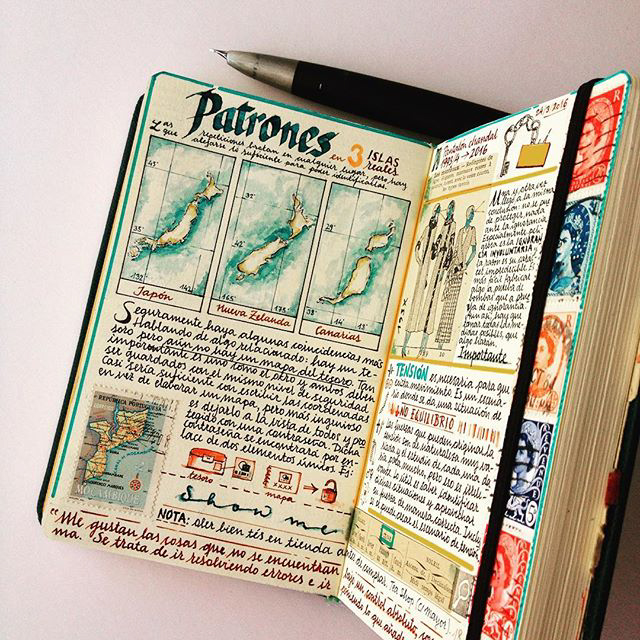 Somehow the process of mastering the selected travel kit with only three colors is a great experience. This learning path also includes how to avoid curved paper when apply water otherwise the whole notebook shape could be destroyed. More to come.
Publicado por Naranja 1 comment: 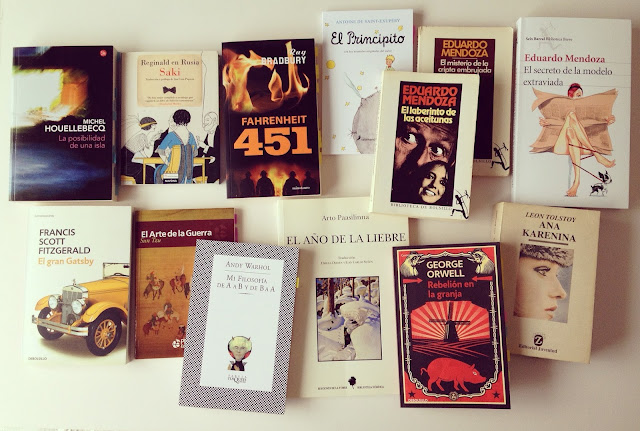 These are the books I read from January to May 2016.

Despite the unlimited information online, reading books is still in another level. Old books were difficult to edit and print therefore authors tried to be focus and write clear ideas. They used to go quite deep in the points and dedicated eyes were needed to read and understand. I guess today everything is fast-book, easy words, fast and next thing. By other hand, nowadays knowledge is so huge and some of the last discoveries could change our own existence point of view.

I have to say I'm becoming quite addict to Eduardo Mendoza's books about no name detective. Hilarious and well written.
Publicado por Naranja 1 comment: