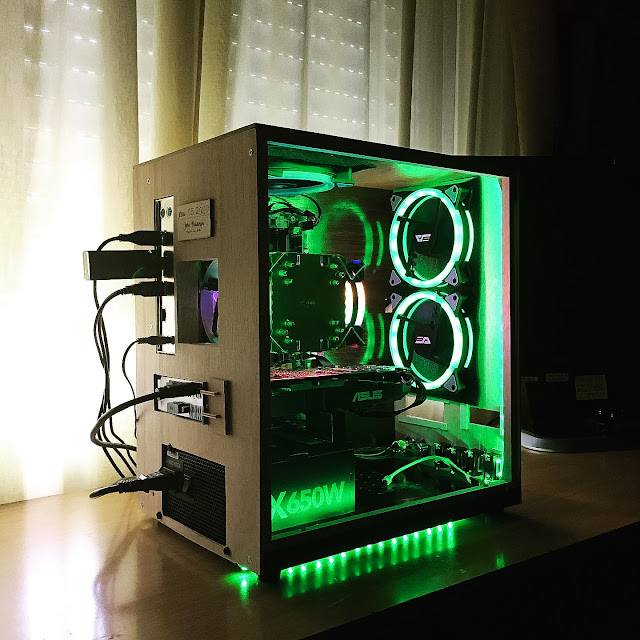 Since the current situation forces us to stay at home it’s time to practice indoor activities. Time to make a computer! A Flinkstones computer...
First I have to say I'm not a computer expert. I just take ideas here and there and I was learning and solving problems as they appear.

It started as a joke and then I converted that initial idea into a little project with some goals: Update my knowledge in the computers state of art, experiment and have fun. And of course replace my current desktop pc from 2010.

There is special feeling in homemade things. They become your babies because you not only know how they were made but also you took many decisions in the process.
I was quite surprised when I discovered there is a wave of processors from servers used in personal computers now. How is this possible? Indeed Intel Xeon processors are sold cheap after years of use because they are replaced by newer models. And they are still very powerful today. The problem is there are not motherboards to place them in an easy way. And here is where Aliexpress enters in the show. Some sellers managed to create new motherboards where both processors and RAM from servers can be placed. All at incredible low price. Will it work? Will it still work after a time? This is a temptation too big to ignore. Bravo for their skills and ideas. 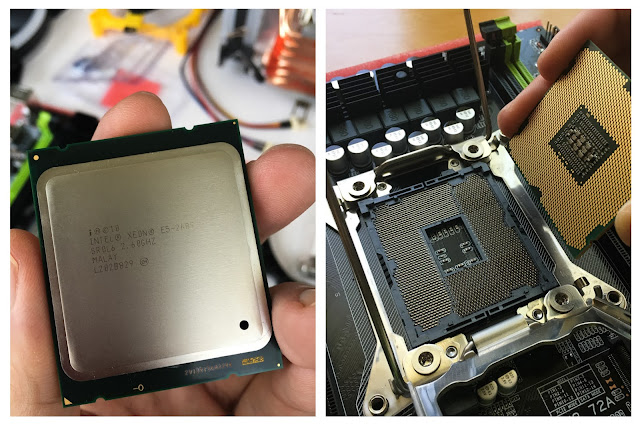 The processor I used is Intel Xeon 2689, 8 cores, 16 threats, 3,6GHz. RAM is also from servers, 16GB DDR3. There are processors and motherboards quite cheaper than these. Just use the magic word “motherboard x79” in Aliexpress and discover a new world. 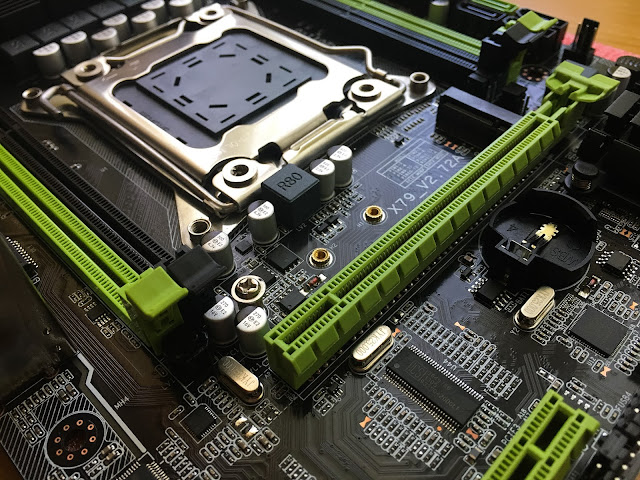 The beauty of tech. It's not premium nowadays but it's quite great.
So I started to order parts. Actually each part from a different seller. The problems here are: Parts take a few weeks to arrive and…. If they are lost of not working, the whole pc will not work and more weeks of waiting new parts. This is the worse past of the process. Hopefully I didn’t have any problem and all arrive in perfect condition and not late at all. 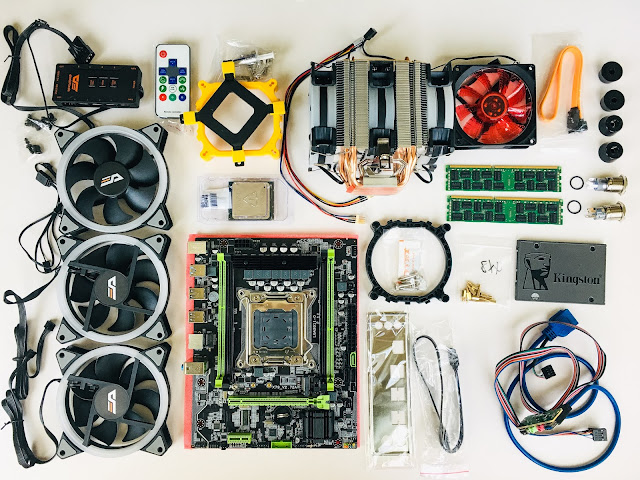 The only parts I bought from Amazon or online shops are: the power supply, SSD and graphic card. I was a little skeptical about this project so I thought I could always use these parts in a more conventional PC with Ryzen, etc.

Also note buying graphic cards from those Chinese sellers could be risky. Luckily they smell to smoke and that means they were used in a cybercafe, the best case. Otherwise maybe they were squeezed for mining crypto.

First step were check everything works. And it did! No screens in Chinese letters and not need to flash BIOS downloading something from Russian webpages. 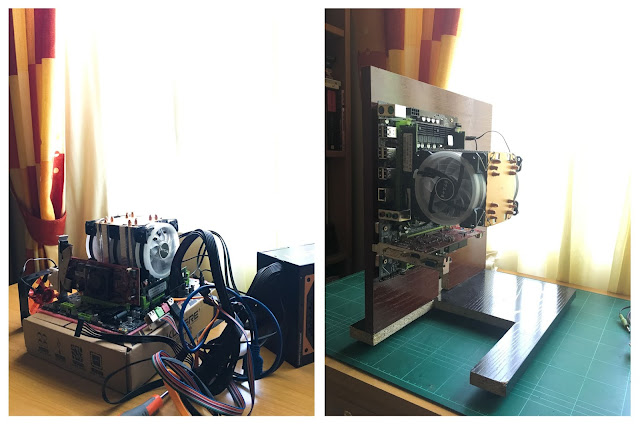 First test and main structure.
Then I started to make the case, all with pieces of wood mostly I had at home. There is not saving money here because even those materials, buttons, switches, rubber legs, etc. cost more than a regular case. It’s for the sake of experiment and having something made with my own hands. And unique.

I managed to get a solution for each problem with the limited tools I own. Step by step. 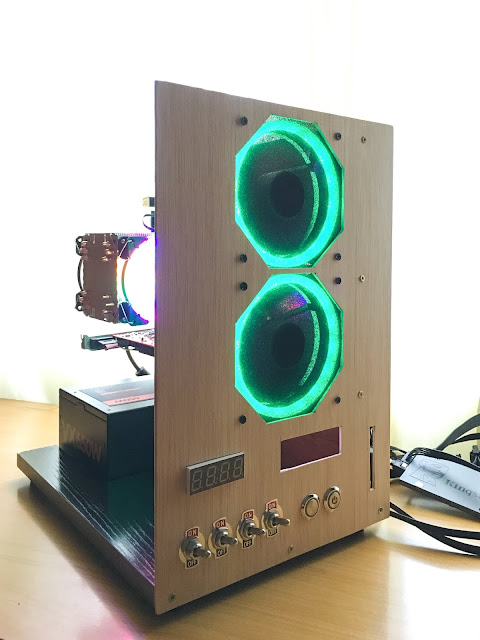 Of course I added LEDs. LEDs are good. LEDs are happiness. 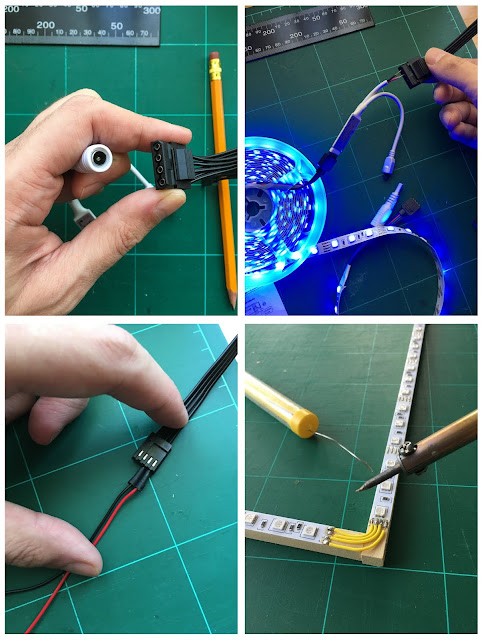 As a touch of additional functions I included an Arduino with a couple of displays. These red LED numbers are one of the most beautiful things in the universe. And they consume quite energy as well. Be sure they look superb in real. They remember me to Back to the Future Delorian. 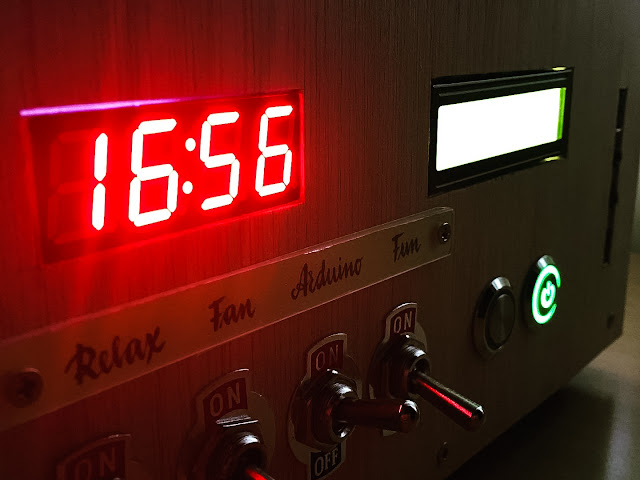 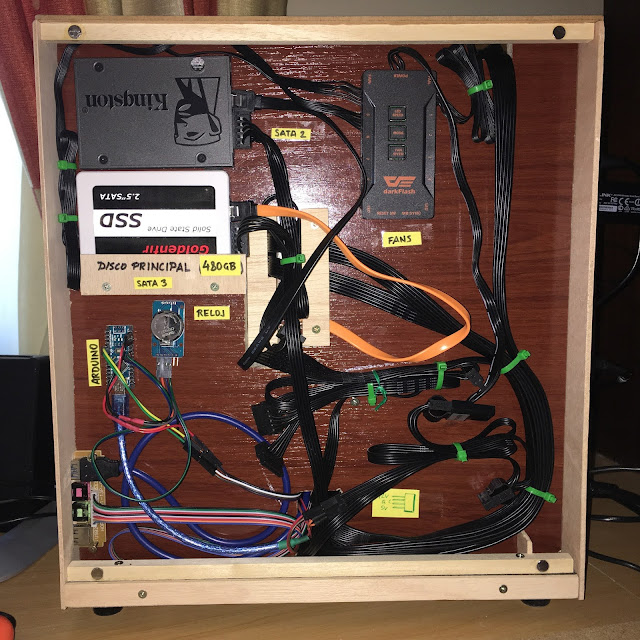 Back side for cables is a mess. It was much worse. Improvements can be done. 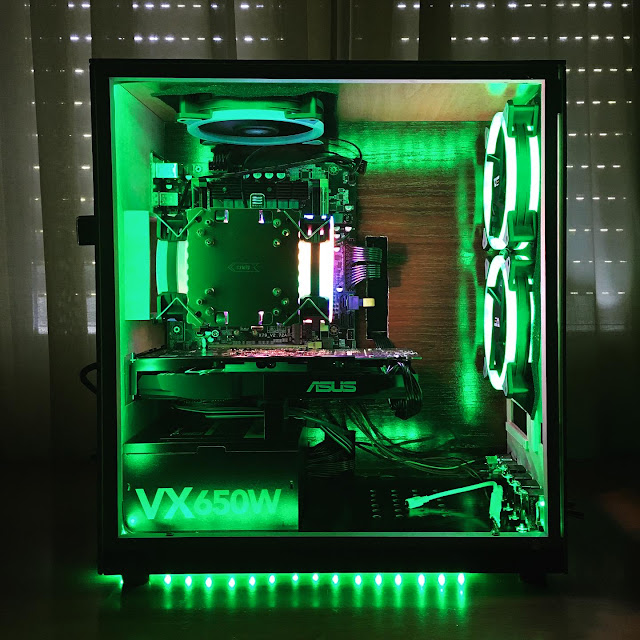 Here a list with items and prices, shipping included. Note the most expensive part is the graphic card, which is considered medium level. The whole cost could be reduced a lot using a second hand or lower graphic card. 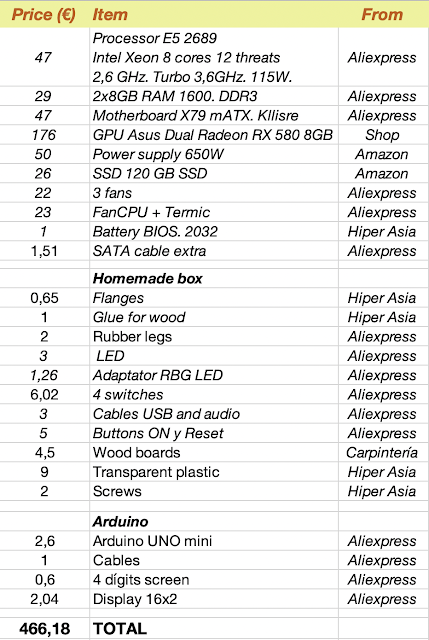 The result is a powerful computer with a futuristic touch. I'm sooooo happy with it! I don't think it will never be finished because it invites me to modify this or that. And it shows room to place some tiny and cute beings, a nice home for them. Coming soon. 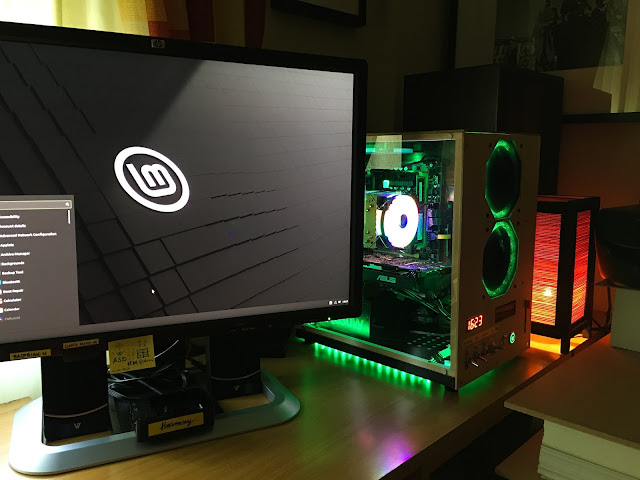